Well? Are you, jabroni?

Every year, I try to go to The Big O in Eugene, Oregon. It’s a totally rad tournament that hosts teams and skaters from all over the world. It’s usually the first time in a given year that I get to participate in roller derby as 100% a spectator.

It gives me a chance to watch copious amounts of high-level derby LIVE, something that I usually can’t do unless playoffs or Champs is in my backyard. (Which did happen recently, so lucky me!)

There’s something about seeing roller derby live that sharpens your focus on some of the things that you gloss over when you’re watching it on a live stream or as an archive. For me, at The Big O often illustrates how the way roller derby skaters train has changed over time.

The Move to Athleticism

The truth is roller derby has always been an athletic sport. Even back in the days when it was more entertainment than sport. Even when nobody acknowledged it as such. After all, it DOES take a certain amount of athleticism and body control to strap on skates, make them go where you want them to, and hit people at the same time.

It takes a certain amount of athleticism to put on skates, make them go where you want, and hit people at the same time. Click To Tweet

But in the last few years that I’ve been a part of the derby community, more and more of the conversation has centered around cross training:

• How do I become better at playing roller derby?

• How can I hit harder? Run faster? Be more agile?

• How do I (or my coach) structure on-skate time to see improvement?

More and more derby folk aren’t just viewing themselves as roller derby skaters, but roller derby athletes. The way skaters train has changed, too, as there are greater and greater strides made toward training like an athlete.

This is definitely a movement I can get behind, but it also brings up a whole host of new problems and questions because HOW DO ATHLETES EVEN TRAIN, BRO?

The “Everything & The Kitchen Sink” Model

When I first started cross training (which, unfortunately, did not coincide with when I started playing roller derby), I assumed that more was better. So I did more and more and MORE.

An athlete is mobile, strong, fast, agile, powerful. It stands to reason that if I do workouts that make me more mobile, stronger, faster, more agile, and more powerful that I’ll be a better athlete. My workouts will consist of everything AND the kitchen.

Except doing everything all the time isn’t how athletes train. Training for a million things at once generally means that you won’t ever get really good at one thing. 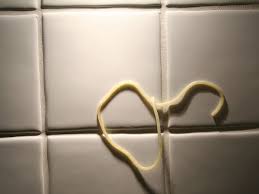 Throw it at the wall and see what sticks.

This is not mutually exclusive from the “Everything and the Kitchen Sink” model. But can also exist on its own.

It’s less about training all of the athletic qualities at once and more about trying to do ALL THE THINGS. Whether they help improve your athletic ability or not.

Getting involved in the next new fad that promises to develop explosive speed and power through *insert fancy new product or exercise or made up terminology*, isn’t likely to help you become better, stronger, or faster in a way that actually benefits you as an athlete.

Science knows what makes good athletes tick. Science knows about 80% of how to help train athletes to be better. Maybe the spaghetti you choose to throw at the wall will stick, but the odds are against you.

And while I’m at it…if you’re using the spaghetti model and you’re not collecting data to go with it, it’s pointless. How will you even know what sticks if you aren’t actually observing it?

The “For Every Season” Model

In other words: You do what you need to do when you need to do it and then move on to the next thing. Otherwise known as the “Right Thing at the Right Time” model.

The single quality that will make you THE BEST ATHLETE EVER changes depending on who you’re talking to.

• Some skaters swear that getting stronger improves their game.

• Some skaters think that beast cardio endurance is what keeps them going on the track.

• Some skaters are all about ladder drills or plyometrics or resistance bands or sleds or vibration plates or whatever.

There's a limit to how far anyone athletic quality can take you, no matter how hard you train for it. Click To Tweet

If you can’t get your body into the proper position to accelerate from, you should work on mobility. You can work on speed all day long, but you won’t reach your potential if you can’t move easily or well.

If you find yourself constantly getting pushed around, you should build up your strength. Yes, being speedy and stable can get you out of some tight spots, but when someone has your number on the track you need to be able to push back. HARD.

If you fatigue easily, you need a better aerobic base. Not just a base built form high-intensity interval training (although that can be the right thing sometimes), but a better base overall. Listen, I hate yogging just as much as the next person, but slow and steady cardio has its place.

If you’re constantly tired, your recovery game probably needs some work. Sometimes the right thing is nothing at all. And that can often be the hardest thing.

Why would you always train the same thing the same way all the time? Your season changes as you go through it. You’re putting different demands on your body and your time. You have different specific goals based on where you are in the season. And there are different expectations put on you by your team and your coaches.

Athletes have different schedules than the general population. Doing Zumba 5 days per week for 52 weeks per year might be great for general fitness, but athletes need to schedule around their practices and the entirety of their season. Not just their lives or jobs.

To maximize your athletic training, you need to pair up the right type of cross training to the right time in your season. Click To Tweet

EVERYONE: Jump the Apex is finally here!! It’s the 10-week off-season solution for building your strength and power to come back #strongernextseason. You’ll get access to full downloadable workouts, specific exercise tutorial videos, weekly scheduling calendars, and more that will help you build strength during your off-season that will translate on to the track come next year.