The Time Between Jams {& Why it’s Important}

I’m reminded of it now as I continue to reflect on my first tournament of the year. My team did a great job keeping their heads in the game. Of course there were moments when we got frustrated or started to lose momentum, but we were able — as individuals AND as a team — to pull it together. And I genuinely think that our undaunted nature frustrated the teams we played a little bit.

There’s nothing quite so intimidating as beating the heck out of a team, but not having that team acknowledge it. Why? Because every time you hit the track, you have to play that team as though you are points away from losing. Because that’s how THAT TEAM is playing the game. I love that shit.

Jim Loehr spent a lot of his career working with professional tennis players. Not quite roller derby, but stick with me… He begins by talking about where the best tennis players differ from their lesser competitors. It took him awhile to see it, but he realized that the highest level players use the time between points. He noticed that the BEST PLAYERS weren’t more skilled, but they did use their time in between points better. Those players created a “recovery routine” in between points that allowed them to mentally recollect themselves.

The most interesting part about this is that, through having a “recovery routine”, the best players were also able to lower their heart rate significantly during the time between points. Some of the best tennis players in the world experienced a heart rate between 160 to 170 beats per minute during points which they could REDUCE to 130 to 140 beats per minute in the time between points.

Essentially, they were giving themselves (and their bodies) a rest period.

Or imagine a bout where one team has an established “recovery routine” that exists for them on the bench. Every time they are on the bench, that team has discovered a way to be actively recovering so that they are {relatively} fresh when they hit the track for the next jam. By the end of the bout, that’s the difference between being amped up for 60 minutes and being amped up for 30-40 minutes with time to rest in between. I’d rather play the first team and be on the second. How about you? 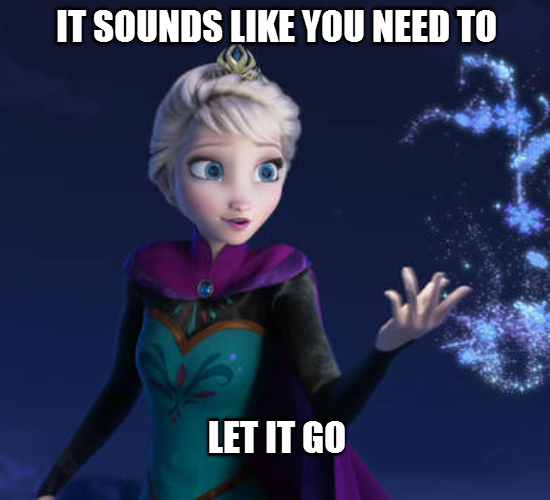 The first step in your recovery routine perhaps?

I’ve been trying really hard to incorporate this idea of “recovery routines” and intelligent rest into my everyday life (and my derby playing, of course). I’ve noticed that, not only do I feel less stressed overall, but that when it’s time to be amped up, alert, and do work, I’m more productive.

I’ve seen it work for others too:

The idea is that these skaters ALWAYS do the same thing, even if they don’t realize it. And through that consistency, they are managing their game, both mentally and physically. It’s a pretty cool thing to watch!

(If you want to read more about managing your routine pre-bout or during practice, you can read 3 Ways to Get Out of Your Own Head, A Pre-Bout Dynamic Warm-up {& a few tips on Mental Prep}, and/or Post Injury Mental Recovery Parts One & Two.)

SO…. HERE’S YOUR CHALLENGE: Create a “recovery routine” that you can use between jams. This recovery routine has to be something that draws your focus away from what just happened in your last jam and what might be happening in the current jam. Give it a shot in your next bout and let me know how it works!