4 Reasons To Use Your Practice Time For PRACTICING 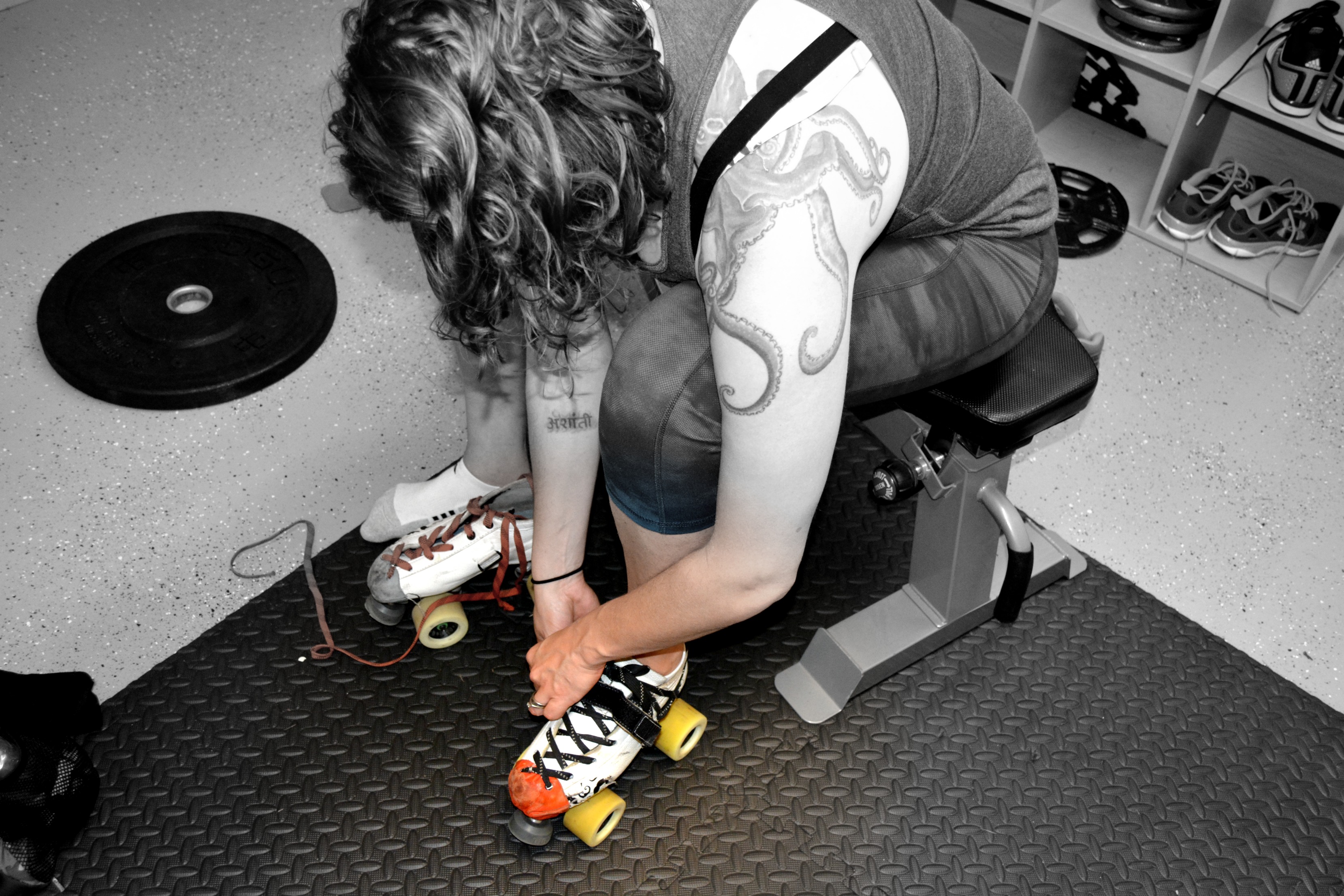 Over the past few weeks on social media, I’ve been sharing my (unasked for) opinion about what teams do with their on-skates training time.

In fact most of training, whether on-skates or off, requires the same answer to nearly every question: IT DEPENDS.

That being said, for the majority of teams out there, the following statement applies:

I’m ANTI spending practice time for off-skates training. There are a few teams that it works for and do it well, but most teams do not.

THIS IS IN NO WAY AN ENDORSEMENT TO SKIP OFF-SKATES TRAINING.

Everyone should train off-skates (you can read more HERE and HERE). I just don’t think that off-skates training needs to happen during practice time.

Here are the reasons why:

If this is you, stop wasting it off-skates. Skating is real hard and needs lots of focus.

This reason applies solely to time.

Let’s face it, most teams do have limited track time at venues where they pay A LOT just to skate. There is no reason to waste the time you are paying for to do things you could do anywhere else. Like places that are free. Parks, garages, the middle of the street. Wherever really.

If your team wants to do organized off-skates training together, fine. GREAT. Just don’t do it during your precious track time. Meet 30 minutes before hand in the parking lot and do it there. Or schedule a time on a different day to get together and crush an off-skates workout.

Yes. I do realize how hard of a sell that is. Sorry.

REASON 2: Skaters that don’t train outside of practice already get tricked into thinking they are doing it.

Look at it this way. The skaters that don’t train probably know that they should. By providing 15-30 minutes for training off-skate once or twice a week, they get tricked into thinking that they are. That guilt that normally sits heavy on them for not training is assuaged.

And, while I don’t normally think using guilt as a motivation tool is a great idea, THOSE SKATERS NEED TO TRAIN and you want them to realize that. Not assume that they already are.

REASON #3: Most teams don’t have the equipment/space to make a truly effective off-skates training program happen in their practice space.

Bodyweight training is great for beginning exercisers to teach them HOW to move their bodies and build in some of the automatic movement patterns. Eventually, though, greater resistance needs to be added. Or you need access to a bench or a step.

Not things that most teams have access to in general and definitely not within their practice space.

The difference in ability is hard to program for.

This is my biggest sticking point with teams that try to design their own off-skates programs. It takes a lot of knowledge and practice to build a program that can suit and ENTIRE TEAM full of people.

The person running the practice needs to know how to:

Running practices is hard. Running group exercise programs is hard. And they are not the same skill set.

Learning to skate and learning to train are two completely different skill sets.

A coach that can run an effective practice with a good flow might not know the first thing about programming exercises in an effective manner. But the team trusts them to do so which often leads to cobbling together things that seem hard or that the coach saw done somewhere else once.

If your team REALLY wants to do off-skates training during practice time, then find someone knowledgable to help you. Tell that person your goals as a team. And make sure that you’re actually using that time in an effective manner.

But ineffective off-skates training can cause just the opposite.

And you also wasted all that time when you could have been skating.

I’m working on some generalized training programs teams can use to encourage their skaters to train outside of practice. (Or DURING practice, if you absolutely have to.)

Tell your newer skaters about my Stability & Mobility Program to get them started off on the right foot. Er, skate.