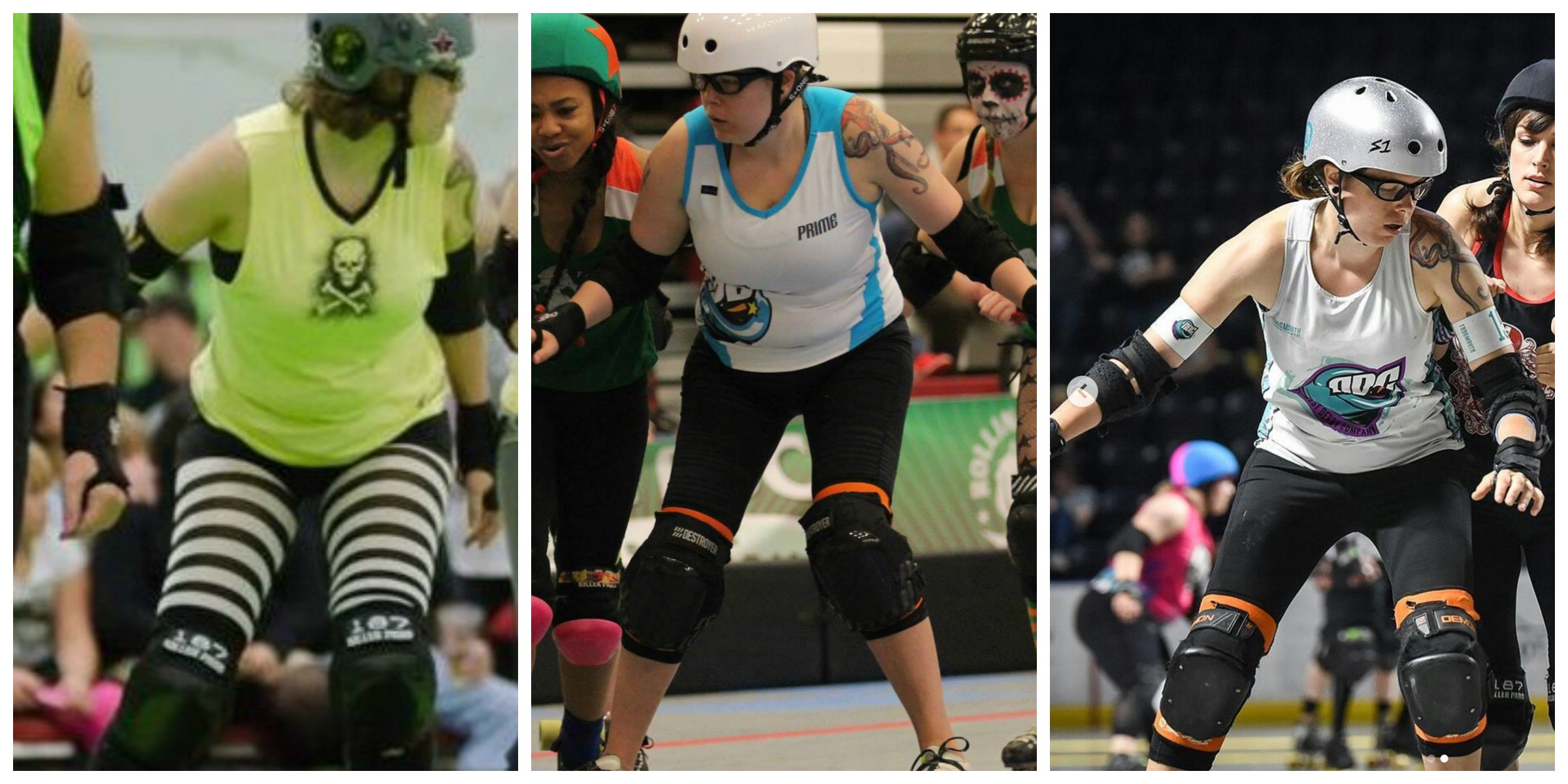 I already knew that it was going to be my last home game when I stepped on the track that Saturday. I had finally announced it to my whole team, mostly because I didn’t want them to worry about me if I broke down into a puddle of tears at some point.

It’s a strange feeling looking around the rink that you started in (then left, then came back — but that’s a different story) and knowing that it’s the last time you’ll play there. The walls have been repainted, but the divot in the floor where I broke my ankle still remains. The team I started with doesn’t exist anymore, but the team that I helped build is rolling along smoother than ever.

So, I knew it was my last home game.

I had already made the decision to hang up my skates a few months earlier and had just recently set the actual end date. I didn’t think this particular game was going to change anything for me, as most games are just colorful blurs in my memory but, in the first jam of the second half, an opposing skater head butted me in the face at full force.

(It wasn’t anyone’s fault. They weren’t doing it intentionally and it just kind of happened as things in contact sports do.)

I finished out the jam — and successfully kept blocking the jammer that headbutted me — but as soon as I came off the floor I knew I was probably done. At least for that game. All of the things that are normally true about possible head injuries were true for this one. Even though the moment FELT different because it was my last home game.

Could I really just SIT?

My bench coached moved me over to the hot tub with the new line for the next jam. She hadn’t seen anything happen and I hadn’t said anything yet. As I sat there listening to my line plan their strategy, I looked up and said, “I can’t. I’m done today. Sorry.”

For nearly the entire second half of my last home game, I SAT.

I sat at the end of the bench as a headache bloomed across my forehead and into my right temple. I sat as the opposing team pulled further and further in front. I sat as my teammates went back in over and over, tired because of our shortened bench.

As I sat, I wondered. How many times I had missed this opportunity before? Doing something stupid like continuing to play after a hard hit to the face or a jarring shock up my spine.

And would I have made that decision if I hadn’t already decided to retire?

This is PART ONE of my retirement post because, honestly, I’m not even retired yet. Not really.

I originally chose May as my end date because I wanted to go through one last sanctioned season with my team. But it was a fight for me to not just throw in the towel immediately. Usually, when I make a decision, that’s the decision and the thing is done and that is all.

Planning to leave (and then executing that plan) has been harder than I thought. And not just because of the concussion.

When people ask me why I’m choosing to retire, I have answers for them. But I also think that the closer I get to actual retirement or the further I get into retirement once it starts, other reasons will appear.

But the real truth is:

I just don’t want to do it anymore.

I haven’t enumerated all the reasons WHY I don’t want to do it anymore. But when months and months of practices were prefaced by the thought, “I don’t want to do this anymore,” I realized that I probably needed to step back and reevaluate my relationship with roller derby.

This sport has dominated 10 years of my life. A fact which is wild. A fact that I’m not mad about. There are so many experiences that roller derby has given me, so many things I never would have learned if I hadn’t tripped down this rabbit hole, that I will never regret the time that I spent on it. In fact, I certainly remember a time when I was sure that I’d NEVER leave roller derby and I’d play forever until all my bones were bionic and I was held together by wire and ferocity.

But things change. And I just don’t want to do it anymore.

For every reason that I don’t want to do it anymore, there are at least 7 reasons for why I should keep doing it. My team is amazing! I still have some many things I want to learn and do on skates! This sport is amazing and has given me so much! It’s related to my work for god’s sake!

Except I can’t shake the fact that even when practice is fun, even when things are clicking in games, even when I’m playing my absolute best — I don’t want to do it anymore.

I feel exceptionally lucky to be the one CHOOSING when I get to leave this sport rather than having an injury choose it for me. And maybe this is only a hiatus and not a retirement. Only time will tell.

I know a lot of folks are wondering what this means for Iron Octopus Fitness. Am I retiring from that!?

The answer is HECK NO!

I’m hoping that I’ll become an even better coach for others now that I can focus just on their games and not on my own anymore. I’ll still be around at events as a fan and doing the Iron Octopus Fitness thing on social media. You’ll probably also get to follow my journey as I try new things (like waltz lessons and maybe artistic skating…?). So, while I’m retiring from being an active skater and member of a league, I will most definitely still be around. 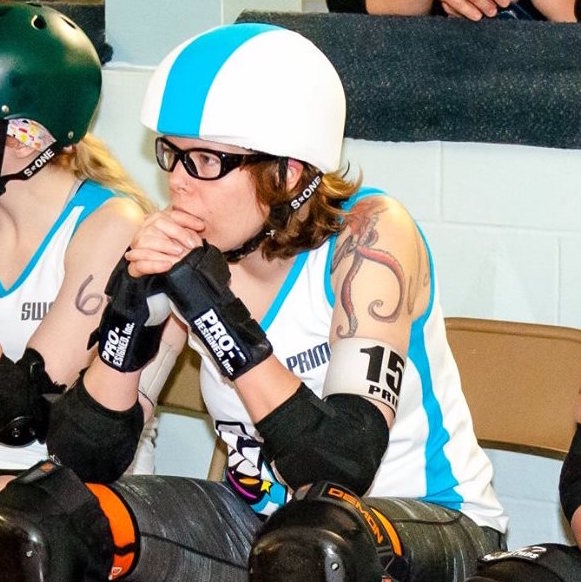