3 Ways to Get Out of Your Own Head

Derby is a heavy sport.

There are a lot of things about roller derby that make it feel huge — proportionately larger than life. Haven’t there been times when you’ve felt like:

The weight of roller derby is often made more so by the fact that for many of us derby is our community. Maybe even the ONLY community where we’ve felt like we belong; where we’ve actually felt like us.

These other skaters are our teammates and friends. We’ve learned things from them and been pushed by them to do incredible things we could never have foreseen.

Case in point, I certainly wouldn’t be here writing this if not for my cumulative experience in the sport and with the people of roller derby. (Not that I’m saying this is “incredible” per se, but…anyway, back to the point.)

Athletes — derby skaters in particular — are 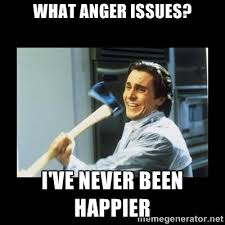 inherently tough on themselves.

It starts early as we slog through the endless 5-minute lap skates trying to attain the mythical “27-in-5”. But it also continues, often.

I’ve seen skaters at every level experience complete meltdowns over their skill and ability. I’ve literally been at a practice where a skater threw her helmet across the rink because she was so frustrated with her ability to master a skill. Whoa!

So how do you stop?

#1 — Don’t Compare Yourself To Others

And it doesn’t matter.

STOP! Go back and read that last sentence again.

I used to have a very specific ritual when I first started geting rostered:

These things helped me relax. It doesn’t take any mental energy to do them because I’ve done them so many times before.

Find a situation in which you get inside your own head and create a meditation.

Does the first jam of a game freak you out? Perhaps singing School House Rock’s “3 is a Magic Number” will take away those nerves.Do you panic when

Do you panic when 27-in-5 time rolls around? Perhaps air drumming a Def Leppard solo before each one will calm you down.

Rick Allen says, “You got this!”

Meditations don’t have to last forever. I don’t sleep in my uniform anymore because it’s uncomfortable and the logo crinkling at night wakes me up. And I’ve played in games without the right protein drink or the same set-up job. The idea is that once your mind learns to settle down during that specific stimulus, it becomes a habit to not get worked up about it anymore.

SIDE NOTE: If you have an obsessive personality, please consider implementing meditations very carefully.

Growth Mindset was an idea discovered and described by researcher Carol Dweck (she talks about it extensively in her book Mindset: The New Psychology of Success and I highly recommend it).

This mindset allows you to think about your derby skills (in terms of skating and in terms of league business) as infinite and just waiting to be cultivated. Like a beautiful garden of hip bruises and league meetings.

FIXED (non-growth) MINDSET — I can’t hockey stop. I knew this would be too hard. I’m terrible at this.

GROWTH MINDSET — I can’t hockey stop, yet. But I bet I can figure this out. It’s just going to take a little bit more practice.

The growth mindset is hard because it requires you to believe in yourself. (That’s kind of hard sometimes, right?) Believe that if you put in the time and effort it will work.

P.S. — You can test your own mindset HERE. Let me know what you got!