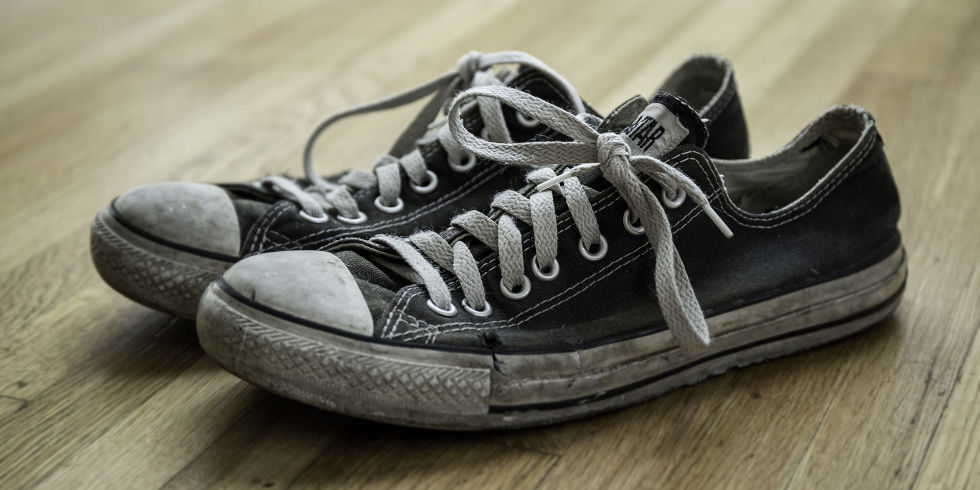 I have an old pair of Converse and I love the fuck out of them.

They’re worn and comfortable. They’ve formed perfectly to my foot. They are kind of just an extension of me. Like another body part that I can take off and stuff in the closet. I can walk all day in them if I need to. Sometimes, if I’m having a rough day, I pull those Converse out of my closet and put them on. They’re like tiny, canvas hugs for my feet.

But I don’t wear them very often.

I’m not sure if it’s because I’m worried about what will happen when they finally wear out. I don’t know if I just care more about my shoes matching my outfit than I’m willing to admit. Maybe part of it is that they feel SO COMFORTABLE that it almost seems too easy to wear them all the time.

A no-brainer choice that’s really hiding a trick inside.

Coaching is my old shoe.

When it’s right there, right in front of you, how can you not try it on again? 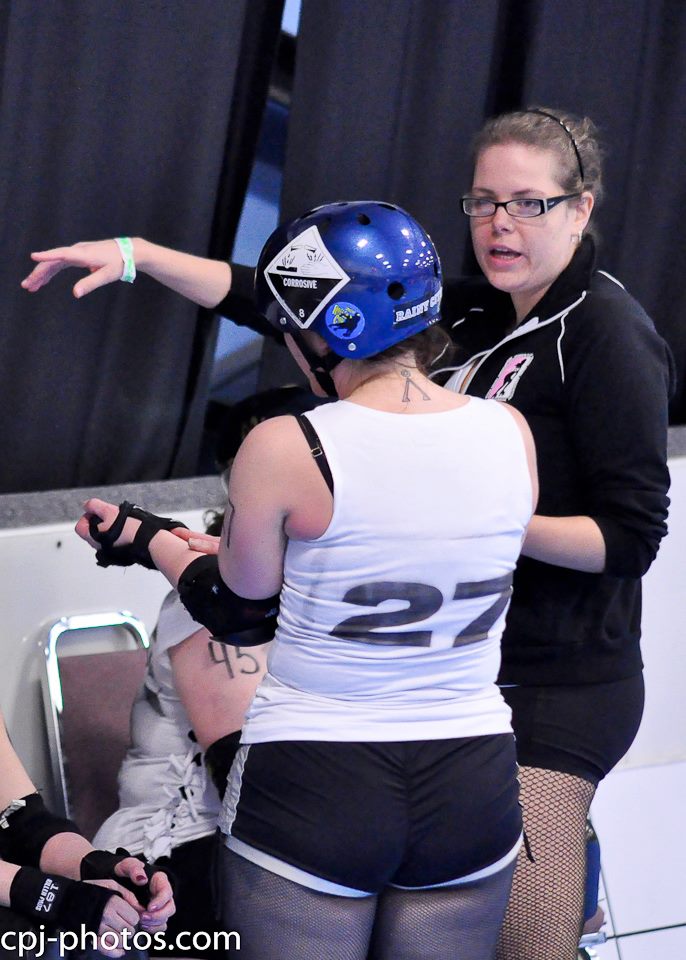 Pointing: the best of all the coaching skills.

As comfortable and welcoming as coaching is, I’m loathed to admit that I’m not very good at it. Or rather that there’s always room to get better.

When I made the decision to pull back from any coaching duties within my league, I pulled back hard. I stopped offering advice at practice. I stopped watching my teammates execute skills. I put on blinders.

Otherwise, I would have started coaching again. And subsequently overstepped my bounds.

The ways in which I was taking advantage of the position like it was an old shoe.

And taking advantage of my teammates’ trust at the same time.

It was a rough day when I realized that no one wants a coach with a hot head that literally screams ‘WHAT THE FUCK ARE YOU DOING!?’ across the track as they throw their hands up in the air.

OLD SHOES FOR EVERYONE

While stepping back into a coaching role felt like tiny, canvas foot hugs to me, it probably felt a little more worrisome for my league. After all, my coaching style has always been a little bit more Bobby Knight than John Wooden. (I may have even thrown a chair once. Or twice.)

So, before I forget, these are the things I want Coach Prime 2.0 to remember as she slips on those comfortable old shoes:

If you’re doing your job right, you’re providing your team with everything they need to be successful on game day. Trust that they will execute when the time comes. There’s very little you can change during a game simply by screaming it with enough force.

Coach your heart out at practice and let your team do the rest on game day. Make minor changes or suggestions as needed, call timeouts to control the momentum of the game, but let the things you drilled into them well like oil to the surface.

It’s all well and good to breakdown skills in practice and require your skaters to REALLY think about what they’re doing at any given moment. But in the heat of a game, you don’t want them to think. Especially in long drawn out sentences.

Tell your team exactly what you want them to do. Don’t give them more than 1 or 2 tasks that they can execute at a time. And for the love of god, don’t use negatives. If you tell them to “Stop Falling Down” all they will hear is “Fall Down” and you’ll get the opposite of what you want.

Speak to them in the same calm, clear, precise manner in which you give your dog commands. It may sound stupid and strange and a little bit condescending, but you want them to DO. Not think. Which is something dogs are shockingly good at.

There’s a not-so-fine line between drill repetition until you’re soaked in sweat and burpees.

Sure, burpees are a great exercise. Sure, they might have some transferability to roller derby. But the things that you fill your practice time with better have DIRECT impacts on your team improving. If you want them to run their feet in a sprint and they aren’t doing it, forcing everyone to do 1,000 burpees isn’t the answer.

You’re a coach. It’s your job to craft a practice that helps your team shore up their weaknesses. If burpees aren’t going to directly improve sprint speed, DON’T WASTE THEIR TIME. Please don’t break this rule because it also makes people hate coming to practice and hate you.

4) Don’t be afraid to regress. Or drop a drill all together.

When a drill just isn’t working for you, don’t keep hounding on it assuming that your team will just get it eventually. Look for the key signs that the drill needs to be scaled down to address more foundational skills than what you’re focusing on:

Take a step back. Reassess. Readjust. That doesn’t make you a bad coach with a shitty practice plan. It makes you a good coach catering a practice plan to YOUR team.

Okay. So this might not be entirely possible, but…you need to appear more open to feedback. If you aren’t hearing feedback, then you need to go seek it out.

Maybe people are scared to approach you and tell you that you intimidate them. Send emissaries and ambassadors to collect feedback. Watch every skater at every practice. Keep a mental catalog of the main skills each skater needs to build to move to the next level.

ONCE MORE UNTO THE BREACH

I’ve been given back the role of coach and I love the fuck out of it.

And, just like a pair of old shoes, if I want to keep the job, I’m going to have to take good care of it.