4 Ways To Hold Your Feet To The Fire. 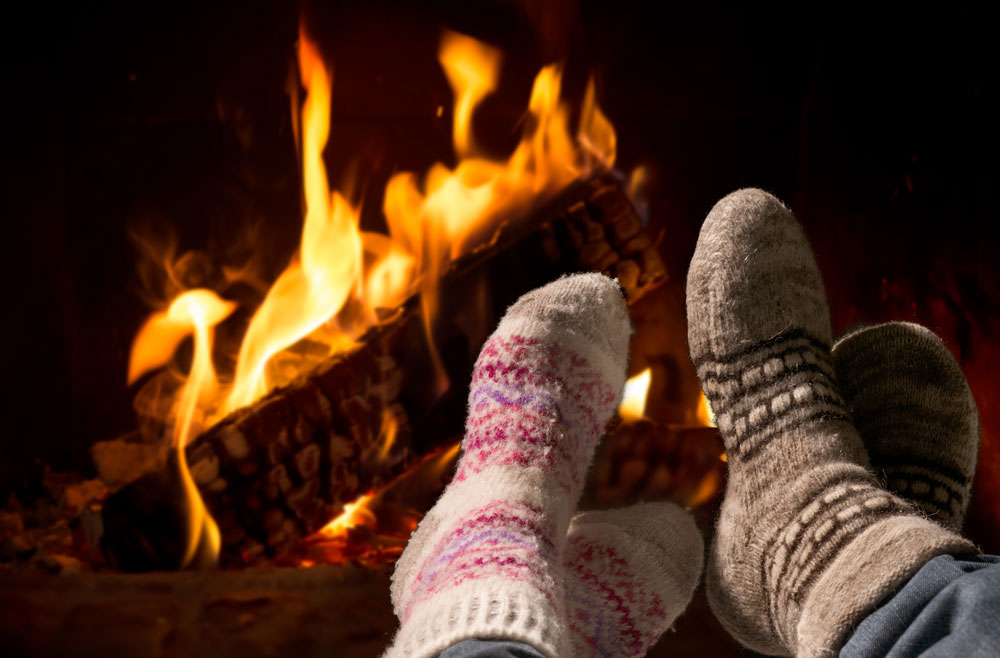 Not long before I sat down to write this blog, I texted a friend of mine a picture of a pair of boots that he really wants to buy.

And he responded back as he typically does: Fuck. You.

It would be the easiest $400 dollars that I ever made, but I don’t want the money. I want my buddy, Gavin, to reach his goal. And sending him the picture of the boots is how I hold him accountable.

Even when he tells me to fuck off. Especially then, actually.

Gavin and I have been accountability partners since we both stopped working with our business coach last October. We were already running a coaching group together and genuinely like each other, so it seemed like a good fit.

Every 2 weeks, we get on the phone with each other — yes, an ACTUAL telephone conversation — and lay out what our goals are for the next 2 weeks and the next 6 months. In the column next to each set of goals, we also write a reverse bet. Something that we have to GIVE UP if we don’t meet our goals. 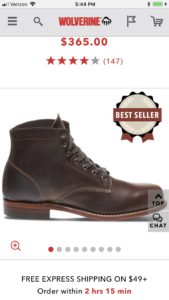 For Gavin and his 6-month goal, it’s the boots.

Like any good accountability partner, I check-in with him and ask him how it’s going. I offer help if he ever needs it. And I periodically text him pictures of the boots.

He does the same for me. Although the pictures he texts me are usually related to skating. That’s my reverse bet, giving up time on my skates.

And honestly? I’ve been more productive since we started then I have been in a looooooong time.

Most of us KNOW that there’s magic in accountability. We buy planners and set reminders on our phones and punish ourselves when we don’t make our goals. Yet turning that accountability into action is where a lot of us falter.

I tripped up over and over and over again until the day I told Gavin that I wouldn’t skate in my next game if I didn’t get my shit done. You better believe that I got it done before the deadline. With time to spare.

Not only did I get to skate, but I didn’t have to send him and his girlfriend out to a fancy dinner.

No one wants to hold their feet to the fire without a good reason.

So here are the good reasons:

The following is an excerpt from THIS ARTICLE about why writing down goals is powerful.

Dr. Gail Matthews, a psychology professor at the Dominican University in California, recently studied the art and science of goal setting.

She gathered two hundred and sixty-seven people together — men and women from all over the world, and from all walks of life, including entrepreneurs, educators, healthcare professionals, artists, lawyers and bankers.

She divided the participants into groups, according to who wrote down their goals and dreams, and who didn’t…

And she discovered that those who wrote down their goals and dreams on a regular basis achieved those desires at a significantly higher level than those who did not.

In fact, she found that you become 42% more likely to achieve your goals and dreams, simply by writing them down on a regular basis.

The likelihood that you’ll transform your desires into reality goes up even further if you share your written goals with a friend who believes in your ability to succeed. (SEE #2 BELOW)

For me, there’s always been something extra special about putting pen to paper. #becausescience

There’s a well-known quirk of the human brain that struggles to differentiate fantasy from reality. It’s one of the reasons that visualization works so well.

But it’s also the reason why shouting your goals from the mountaintops might be a bad idea.

Once we speak our goals out loud to people, it can feel like we’ve already accomplished them. Especially if everyone starts treating us as though we already have (or that it’s a foregone conclusion).

That kind of support is awesome unless it makes you rest on your laurels. Which it usually does.

Trust no one with your goals.

Except for the person that will hold you accountable. It’s up to you to determine who will be the best choice to badger you into succeeding despite yourself, but that person is part of what will hold your feet to the fire.

A couple of months ago, another fitness friend of mine was dragging ass on getting his website finished. Seriously. I’d been asking him about it for weeks and it was always a little “Oh, so-and-so needs to iron out a few things” or “We’re just working on the last piece now.”

But nothing ever came of it.

One day, amidst mountains of frustration with his procrastination and the state of his website, he texted me and the following conversation occurred:

J: I need to get this website published. What do I do?

ME: What still needs to be done?

ME: Okay. Do those things.

ME: Promise to give up something if you don’t get it done today.

Sure enough. As soon as he told me he’d give up his most coveted pair of Nikes, I got a link to the new website by the end of the day.

There’s value in putting something on the line, but it has to be something that will be exponentially worse than the actual act of doing the thing. My friend loves to color-coordinate his shoes to his outfits and this pair of Nikes was an integral part of that.

It also didn’t hurt that the other caveat was that he had to send the shoes to me and I’d burn them on a live video call while he watched.

Often we hold back from specific goals because they’re scary as fuck.

If I said I wanted to have 50% lead jammer percentage by May and I don’t make it WILL I DIE?

So we don’t make the goal. We don’t write it down. Then we end up forgetting it existed and never work toward it at all.

I get it. Specific, objective goals are both specific and objective. There’s a way to measure if you fail at the goal. It’s clearly RIGHT THERE on the stats sheet that you only get lead 37% of the time that you jam.

First things first: Any goal is a journey that you undertake, not a destination that you reach.

You state the goal because it’s what you want. It aims you along the path that gets you there and helps to inform your decisions along the way.

Even if you don’t reach the ACTUAL goal, you got closer. Because you walked the right path.

And, come on, getting lead 1 out of ever 3 times you don the star is pretty great.

BONUS: Get a partner.

Most of us have people that we FEEL are holding us accountable, but we don’t ever sit down and make sure that they do. Or that we have a way to hold ourselves accountable.

Then find your accountability partner and put your money where your mouth is.

Accountability partners don’t just guilt you into getting the shoes that you want, they encourage you to DO SOMETHING to make your goals a reality. If confidence is a struggle for you, action is important.

Taking steps every single day to accomplish your goal will eventually make you more confident in your skill level.

Like with building strength or mastering a plow stop, it’s just reps.

Accountability partners are great, but coaches are even better. If you’re looking to up your training game, see on-track improvements, and just generally feel better as you play, hop into the PFP Coaching Group. Time to put some skin in the game and make it work for you!

The PFP Coaching Group is run by 2 strength and conditioning coaches that have decades on skates between them. (Okay, okay, so some of that is ON ICE with a stick in hand.But it’s fine.) It’s for you if you want a skater specific training program and coaching without a huge price tag. We work to help you perform better (and feel better) so you can own the track.

Here’s an idea of what the program entails:

Come join us to have your best season yet with two coaches and a gaggle of other athletes cheering you on.