What Athletes Can Learn From Sibling Rivalry

I am a younger sister.

And, while this distinction allowed me to get away WITH a lot of things, there’s one thing it didn’t allow me to get away FROM: my older sister’s shadow.

When you're a younger sibling it seems like your whole identity is about living up to the standard set by your older siblings. Click To Tweet

I sure as shit wasn’t going to get caught doing anything untoward on school grounds because I didn’t want to be just another “Smith girl”. In fact, I avoided lighters and matches for a long time afraid that I might accidentally light a paper towel on fire at school. (Or accidentally burn a hole in my grandma’s carpet. Which I actually did and have yet to live down. Apparently “Smith girls” like to watch the world burn.)

I thought having a job was something worth striving for. My own money! Freedom! The rat race! I can’t wait! Plus it seemed like such a grown-up thing to do. If my sister was going to be an adult, I wanted to be one too.

And when it came to sports, whoa buddy. If you think my sister is good, you’ve got another think coming. I will literally kill myself at practice to be better than she is. Put me in coach, I’m ready to play.

I don’t know how my sister felt about me growing up, but I like to imagine that it infuriated her when I did things better than she did. And that all of that looking over her shoulder worrying about what her kid sister was up to pushed her forward.

It makes me seem more altruistic and less of a grade-A asshole that way.

COMPARISON IS THE THIEF OF JOY

Unfortunately for humans, we don’t make evaluations about our circumstances in a vacuum. Comparing what we have to what others have or what we can do to what others can do, is innate. It’s a way for us to judge what we’re doing and it’s overall value. Whether we want to or not, whether it’s wise or not, we use comparison to determine our levels of happiness.

My ability to not light a paper towel on fire in the girls’ bathroom — despite having burnt a hole in my grandma’s carpet — is notable ONLY BECAUSE it was something that my sister did do. We don’t usually go around patting people on the back for not lighting shit on fire. That’s just an expected clause in the social contract.

Comparison is unavoidable. You’ll see your neighbor’s new car and wonder if you need one, too. The person in the cubicle next to you gets a promotion and you wonder why you didn’t. One of your teammates nails a big new skill or gets recognition for something and you wonder what’s wrong with you that you can’t also nail that skill or get that recognition.

Comparison is something that we’re hardwired to do. And comparison makes us miserable. Therefore, we’re destined to live a cold, miserable existence where nothing is every good enough.

Because the secret lies in the relationship between siblings.

Despite our age difference, my sister and I grew up together in the same house under pretty much the same rules and with similar expectations put upon us. We were constantly faced with each other, not in overt competition, but in a subtle dance of one-ups-manship. A game for our parent’s love, you might say. And we’re pretty similar. Scarily so, although I don’t think either of us would have admitted it when we were kids.

Looking at my sister’s accomplishments never made me feel miserable. It lit a fire under my ass to try harder and be better. (There’s that allusion to fire again. What is up with that?)

And research into rivalries backs that up. When you’re in competition with some that:

you can experience a competitive edge. Athletes increase both their effort and their performance when in competition against their rivals. You might also experience increased motivation and greater team cohesion when you’re getting ready to face off with the team (or person) you’ve built up your rivalry with.

As much joy as it gives me to beat my sister at things — and as sick to my stomach as it makes me when she beats me — at the end of the day she’s still my sister. This is where sibling rivalry trumps sports rivalry.

The biggest key to a healthy rivalry is to find a way to be accepting of your rival’s success even when it puts your success at risk. Watching your rival succeed could unlock the secret to your strengthening your own performance (you’re similar and evenly matched, remember?) or could uncover the weaknesses of another rival.

Most importantly, as your rival levels up their game, so will you.

And, just for the record, I’m totally better at softball. Because I’m the youngest. 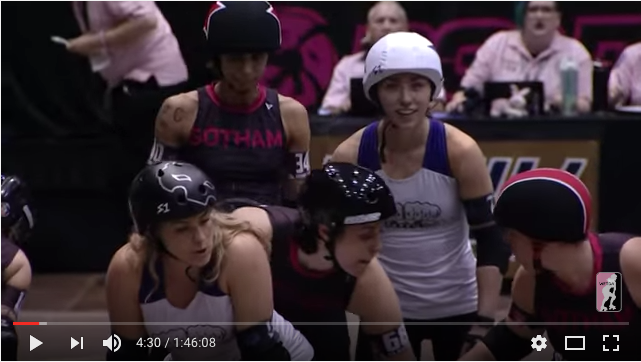